Prior to TRIC, in 1988, LLG CRES was responsible for the acquisition, planning and marketing of the 2,500-acre South Meadows Business Park in south Reno. It integrated single-family and multi-family residential, industrial, distribution and retail development. Lance’s broad experience in development includes construction management as the founder of G&E General Contractors in 1985. G&E built various buildings including the AT&T headquarters, the InterTel building and local day care centers.

Lance’s entrepreneurial strength has been evident throughout his extensive history of business ownership. In 1998 he opened the first Harley Davidson motorcycle showroom and maintenance facility in Carson City, Nevada. In the 1970’s he was the owner of the San Diego Boat Mart, a nationally ranked dealership. His accomplishments in that industry included Chairman of the prestigious San Diego Boat Show and member of the National Speaker Circuit for the Boat Show Educational Series. 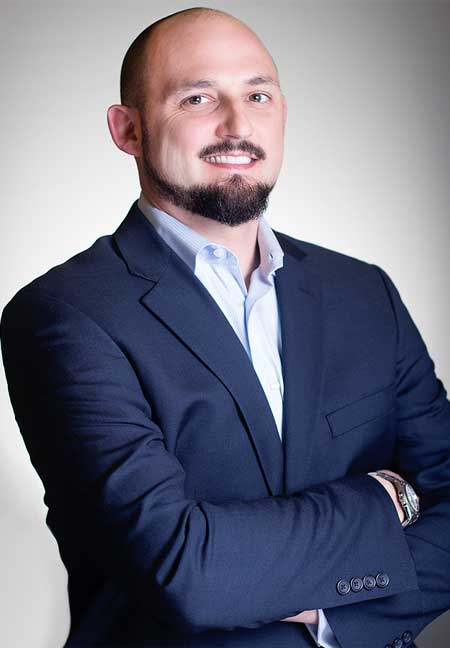 Prior to working in the Gilman real estate business, Donny’s work ethic was cut by working at a feed store bucking hay. Immediately after graduating from high school, he went to work traveling throughout the United States and Canada selling the vision for the Tahoe Reno Industrial Center (TRI). He worked alongside his dad promoting what is today the world’s largest industrial center located in Storey County, Nevada and just 25 minutes from the Reno-Tahoe International Airport.
Not one to let grass grow under his feet, Donny simultaneously served as General Manager of the Gilman-owned Harley Davidson Carson City and remained in that position until it was sold in 2003.
Today, he continues to have a hand in TRI, turning his focus to the company’s commercial and new residential real estate office. Overseeing an office of eight team members, Donny leads the efforts to provide exceptional service with a team of community involved agents dedicated to ensuring the northern Nevada region.
Donny works alongside his wife, Megan. When not working, they spend time with their three kids enjoying the outdoors fishing, camping, house boating, riding horses, dirt bikes and utv’s.
Donny’s focus is on business operations, business development and financial management with the goal to grow the company into a premier real estate agency.